BRANDON WEBB and JOHN DAVID MANN have been writing together for a decade, starting with their 2012 New York Times bestselling memoir The Red Circle. Their celebrated FINN X thriller series debuted in 2021 with Steel Fear, which was nominated for a Barry Award and named “one of the best books of 2021” by Publishers Weekly.

After leaving home at sixteen, Brandon Webb joined the US Navy to become a Navy SEAL. His first assignment was as a helicopter search-and-rescue (SAR) swimmer and Aviation Warfare Systems Operator with HS-6. In 1997 his SEAL training package was approved; he joined over two hundred students in BUD/S class 215 and went on to complete the training as one of twenty-three originals.

An accomplished and proven leader, Brandon was meritoriously promoted to Petty Officer First Class, ranked first in the command, while assigned to Training Detachment sniper cell. Shortly thereafter he was promoted again, to the rank of Chief Petty Officer (E-7). He has received numerous distinguished service awards, including Top Frog at Team 3 (best combat diver), the Presidential Unit Citation (awarded by President George W. Bush), and the Navy and Marine Corps Commendation Medal with “V” device for valor in combat. Webb ended his navy career early to spend more time with his children and focus on business.

As an entrepreneur and creator, Webb founded two brands, SOFREP.com and CrateClub.com, and bootstrapped them to an eight-figure revenue before successfully exiting the Crate Club in 2020. He continues to run SOFREP Media, his military-themed digital media company, and as its CEO has created several hit online TV shows, books, and podcasts, including the series Inside the Team Room and the award-winning documentary Big Mountain Heroes.

Webb is a multiple New York Times bestselling author of nonfiction and is now focused on his new thriller series with his creative writing partner, John David Mann. The first in the series, Steel Fear, is a high-seas thriller that follows the US Navy’s first serial killer. Brandon pursued his undergrad studies at Embry Riddle Aeronautical University and Harvard Business School’s two-year OPM program. He is a member of the Young Presidents’ Organization and has served as an appointed member on the veterans advisory committee to the US Small Business Administration.

He enjoys spending time with his tight circle of amazing family and friends. When he’s not traveling the world, being in the wild outdoors, or flying his planes upside-down or on floats, you can find him at home in San Juan, Puerto Rico.

John David Mann has been creating careers since he was a teenager. At age seventeen, he and a few friends started their own high school in New Jersey, called “Changes, Inc.” Before turning to business and writing, he forged a successful career as a concert cellist and prize-winning composer. At fifteen he was recipient of the 1969 BMI Awards to Student Composers and several New Jersey state grants for composition; his musical compositions were performed throughout the US and his musical score for Aeschylus’s Prometheus Bound (written at age thirteen) was performed at the amphitheater in Epidaurus, Greece, where the play was originally premiered.

John’s diverse career has made him a thought leader in several different industries. In 1986 he founded Solstice, a journal on health and environmental issues; his series on the climate crisis (yes, he was writing about this back in the eighties) was selected for national reprint in Utne Reader. During the 1990s, John built a multimillion-dollar sales/distribution organization of over a hundred thousand people. He was co-founder and senior editor of the legendary Upline journal and editor in chief of Networking Times.

John is the co-author of more than thirty books, including four New York Times bestsellers and five national bestsellers. His books are published in thirty-eight languages, have sold over 3 million copies, and have earned the Axiom Business Book Award (Gold Medal), the Nautilus Award, Bookpal’s “Outstanding Works of Literature (OWL)” award, and Taiwan’s Golden Book Award for Innovation. His bestselling classic The Go-Giver (with Bob Burg) received the Living Now Book Awards Evergreen Medal for its “contributions to positive global change.” His books have been cited on Inc.’s “Most Motivational Books Ever Written,” HubSpot’s “20 Most Highly Rated Sales Books of All Time,” Entrepreneur’s “10 Books Every Leader Should Read,” Forbes’s “8 Books Every Young Leader Should Read,” CNBC’s “10 Books That Boost Money IQ,” NPR’s “Great Reads,” New York Post’s “Best Books of the Week,” and Publishers Weekly’s “Best Books of the Year.” His 2012 Take the Lead (with Betsy Myers) was named Best Leadership Book of the Year by Tom Peters and The Washington Post.

Over his decade-plus of writing with Brandon, John has logged hundreds of hours of interviews with US military Special Operations personnel, along with their spouses, parents, children, and friends, to gain an intimate understanding of the military life and Special Operations community. In preparation for writing Steel Fear he spent time on the aircraft carrier USS Abraham Lincoln, where the novel is set.

John is married to Ana Gabriel Mann and considers himself the luckiest mann in the world. 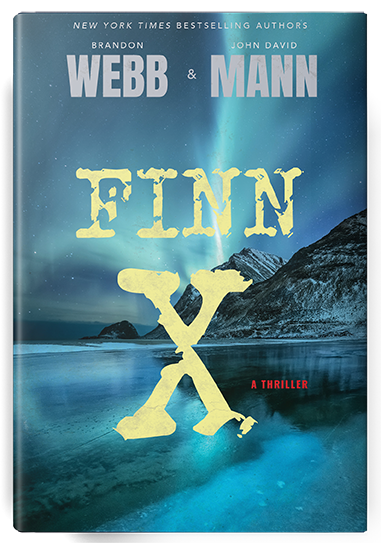